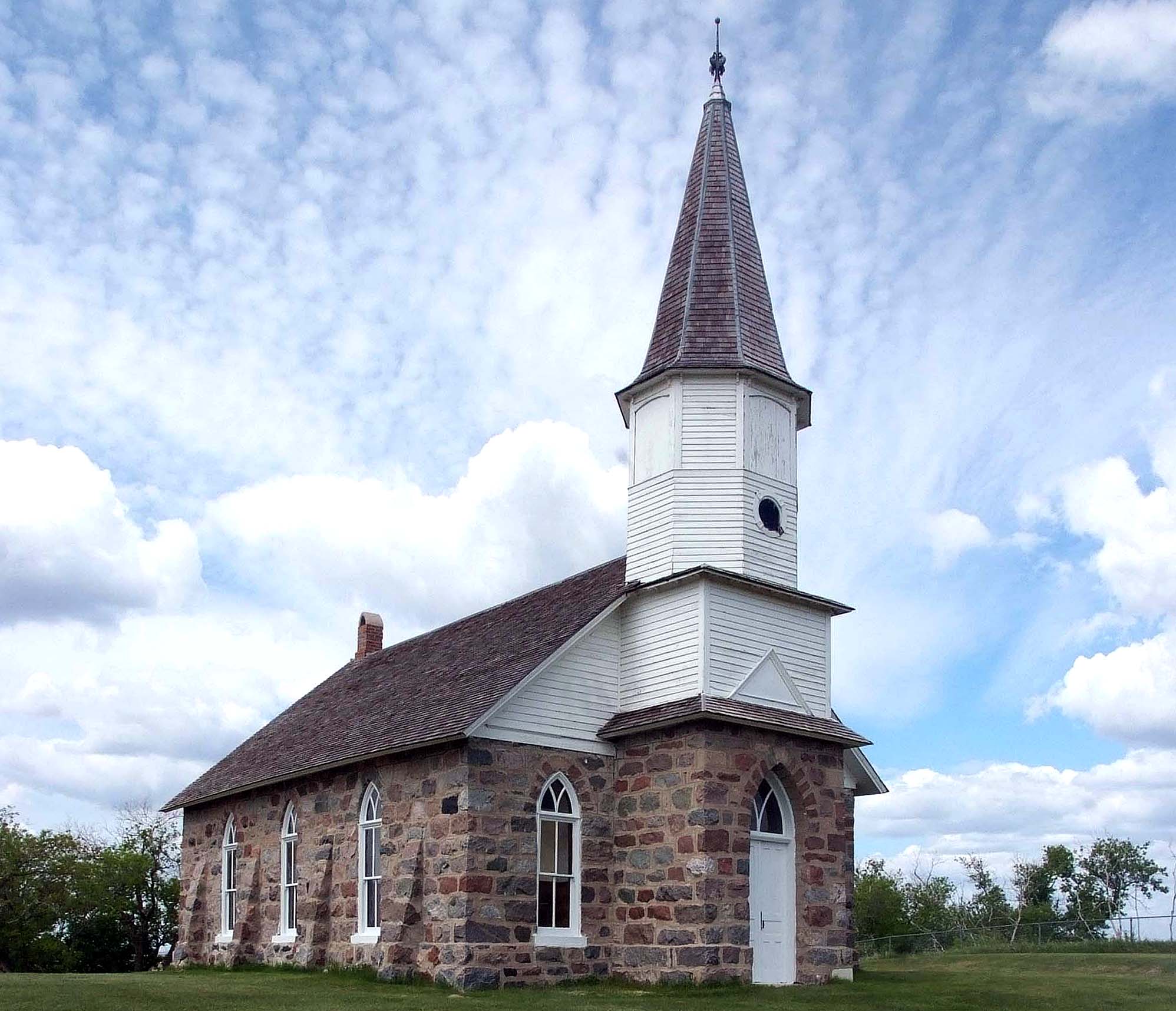 The Swedish Zion Lutheran Church in Bottineau County has been placed on the National Register of Historic Places, which comes during the church’s 110th anniversary.

The Swedish Church, constructed of granite stone which dates back millions of years to the Pleistocene era, is a Gothic revival style church that has stood the test of time for over a Century on the northwestern prairies of Bottineau County just one mile short of the U.S. and Canadian border.

As one drives the roads in that part of the county it is kind of a rollercoaster ride through the formation of the foothills of the Turtle Mountains. As one goes over a hill, and then the next, and so on, one suddenly catches the steeple of the Swedish Church and a slight glimpse on the stone structure.

Once seen, individuals are mysteriously drawn to the church which the locals of the area call the modest, majestic church of the prairie.

The church is modest considering its size and for not having electricity or plumbing, just kerosene lamps mounted to the walls and a woodstove which dates back to the late 1800s.

However, it is majestic, too, with its eloquent, colored stones, base tiers, mortar lines, buttresses, three-point arch windows, and wooden steeple that shows the grace and love of its builders to God. It’s a simple church, with impressive architecture, which stands on impressive lands of rich crop soil surrounded by the bluest skies.

The Swedish Church is located just five miles south and three miles west of Souris, and it is an area that was migrated by the Swedish immigrants of the county who came to Bottineau County through the Homestead Act in the late 1800s through the early 1900s.

Outside of the founders of the church, Oscar Anderson, John Anderson, Emil Erickson, John Lindstrom, Nils Pederson, John Peterson and John Gustafson were listed as contributors in church activities.

Pastor Lewis Gullander was in charge of the organizational meeting on that late summer day and would become the first pastor of the Swedish congregation. Church services were held in homes, schools and other churches, but a few short years after being organized the Swedish congregation made the decision to obtain its own church.

“For the first seven years following its organization, the Swedish Lutheran Church held its worship service in the homes of its members. Clearly, rotating services was unsatisfactory. Many settlers’ homes were rustic, cramped quarters barely adequate to contain their large and growing families,” stated the National Register of Historic Places Registration Form in the history portion of the application which was written by Gene Wunderlich, who is the author of ‘Stone Church: A Prairie Parable.’ “Schoolhouses, while useful for special meetings or circumstance, were not suitable for worship on a regular basis. The congregation, to remain viable, needed its own home.”

The congregation considered a wooded frame Baptist church, which had been moved from Dalen Township to Scandia Township. However, at the last minute the church decided against the wooden frame church and decided on a completely different type of church structure. A structure that when constructed would stand sturdy on the harsh lands of North Dakota and show the Glory of God as the verse from Ephesians 1:17 does, “That the God of our Lord Jesus Christ, the Father of glory, may give you a spirit of wisdom and of revelation in the knowledge of him.”

The Swedish Zion Lutheran Church members would do that through a stone church, which was built by their own hands and backs and brought a majestic vision of Christ to the prairies of Bottineau County.

The corner stone was laid in 1903, and 110 years later the stone church still shines bright with God’s glory through a dream made into a reality by the Swedish immigrants of the county.

Writer’s Note: Next week, the Bottineau Courant will look at the construction of the Swedish Lutheran’s stone church. Information for this article came from the Bottineau Courant, the National Register of Historic Places Registration Form and Gene Wunderlich’s “Stone Church: A Prairie Parable”.