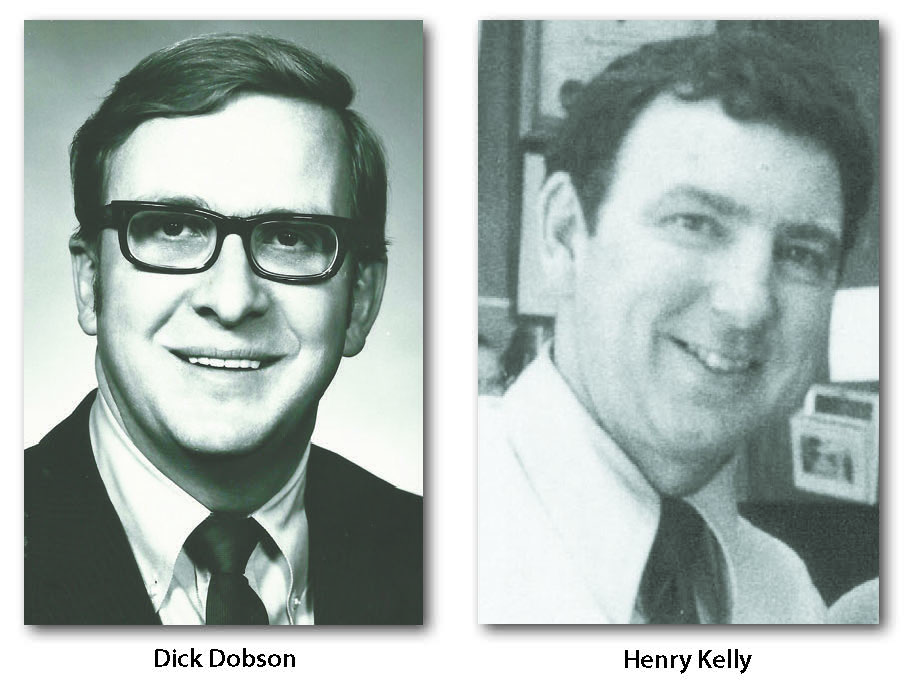 Dick Dobson, longtime editor of the Minot Daily News, and Henry Kelly former publisher of the Walsh County Press in Park River, are the featured subjects this year in the NDNA Education Foundation's oral history project.

They will be the 14th and 15th notable North Dakota newspaper workers to be included in the oral history project, but because of COVID-19 their features will be much different than the others.

The first 13 oral history interviews by former ND journalist Teri Finneman, now an assistant professor of journalism at the University of Kansas, were video interviews.

The Dobson and Kelly interviews will be audio only, with some still photos. They will join the other histories on display at the North Dakota Heritage Center and on the NDNA web site.

Dobson literally grew up at the Minot Daily News, where his father, Ray, was publisher. Dick spent 64 years at the paper as a reporter, editor and owner. He was particularly known for his coverage and his institutional memory of North Dakota politics and the legislature.

After the paper was sold in 1985, Dobson and Kelly got together with a third partner, Scott Anderson, and formed DAK Publishing which operated newspapers in such places as Killdeer, Mott, Bowman, Hettinger, New England, Park River and Lemmon, S.D.

After service in the Navy during World War II, Kelly earned a journalism degree from the University of Minnesota, then returned to Park River to work at the paper owned by his uncle, Hugh O'Brien.

He bought the paper in the mid-1950s and operated it for 30-plus years.

Several of his children followed in his newspaper footsteps, including Sean, who operated four newspapers in the state until selling them earlier this year.
Kelly now lives in Darien, Conn., the same place he went for training after joining the Navy.

Dobson now lives at the North Dakota Veterans Home in Lisbon, where Sean Kelly for many years operated the Ransom County Gazette.