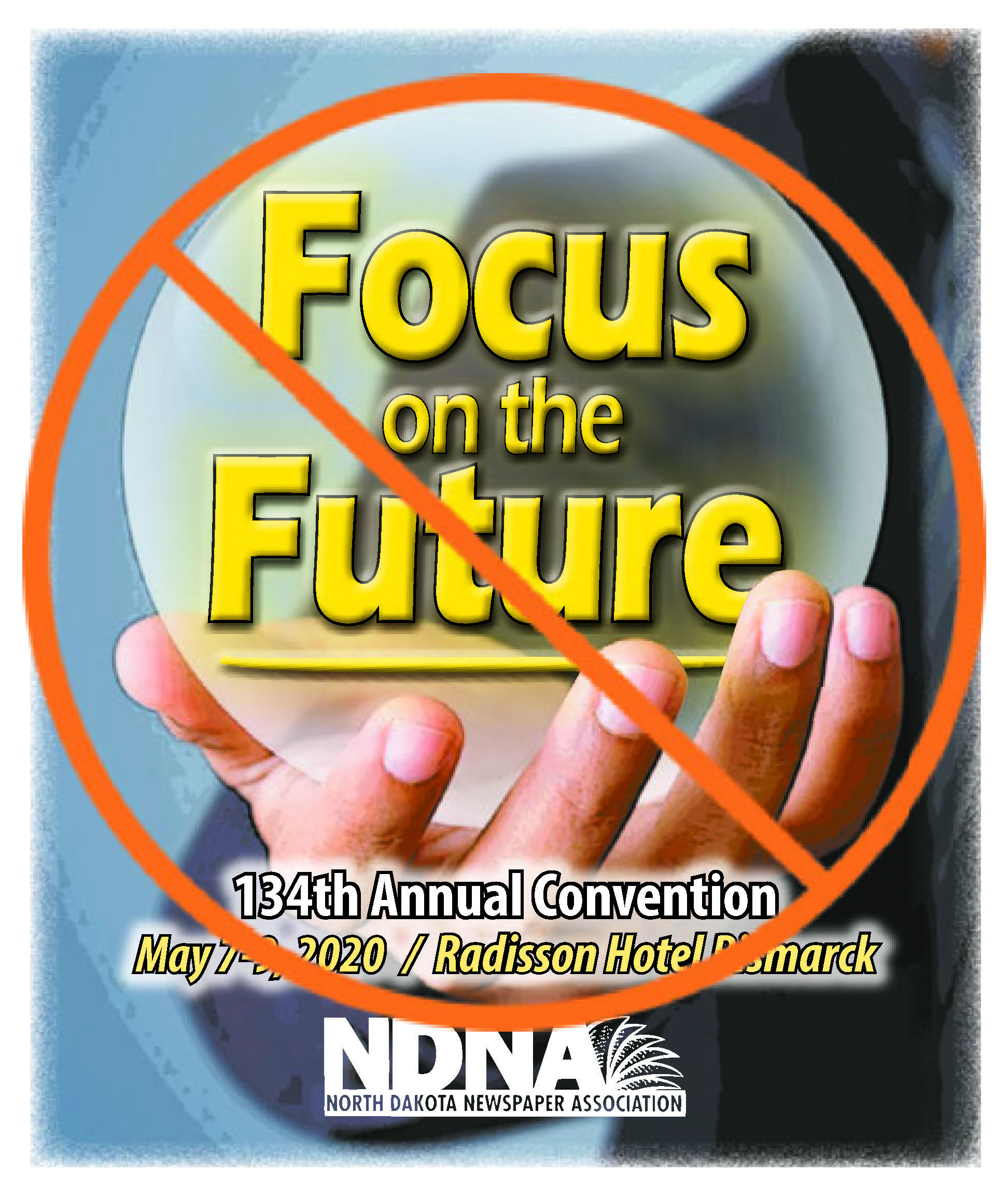 It'll be in bits and pieces, and in a much different format than usual, but the annual ND convention show will go on.

If not for the global pandemic, registrations would now be coming in for the convention, which would had been scheduled for the first weekend in May.

With uncertainty about when people will once again be able to gather, the NDNA board has a new plan for conducting the convention's business.

The first step will be to recognize the work of newspaper staffers from around the state.

Better Newspaper Contest award winners will be announced by May 7, and certificates and trophies will be mailed to winners. All members will be sent a link to a digital presentation showcasing the awards. A listing in Word format will also be posted so members can cut and paste into stories if they wish. As usual, we’ll also have a news release on the top awards.

The annual meeting, primarily NDNA and NDNA Education Foundation elections, will be conducted electronically, starting with an email notice that will announce nominees and open a period for additional nominations.

Once nominations cease, electronic voting will occur. Each newspaper gets one vote.

The final piece will be to meld some of what would have been done at the spring convention into the fall symposium, which will be held the first weekend in November at the Bismarck Radisson.

Notably, the symposium will incude a banquet with a keynote speaker and presentation of such awards as Hall of Fame, Distinguished Service and 50-Year-Club.

The silent auction likely will become part of the symposium this year, along with some of the presentations that would have been done at the convention.

Among other things, plans are to put together some kind of panel or presentation to help members with ideas for recovering from the effects of the pandemic.